The page is primarily intended for desktops.  We recommend changing the orientation to landscape or selecting the “Full Data Table” button below.

a short name of the country and the number presenting the league level in the country league system, if the division is lower then the first

flag of a country of the football league; in a case when other then domestic clubs participate in the league, there is the other small flag in the corner of the flag image (desktop) or two flags (mobile)

a name of the football league

continental Federation/Confederation to which the country belongs

difference in relation to the position held in the previous ranking

Elementary Class Leagues Ranking you can find in the Yard Table August, 2021.

The ranking is based on three factors: 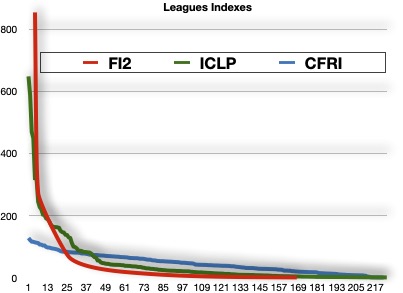 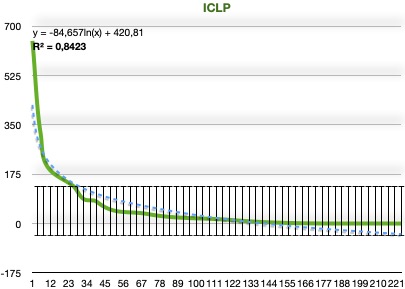 The KA Ranking has 4 (four) Tiers. Each of the Tier is divided into Classes. The highest Tier has two Classes. The others have 3 Classes.

Classes, with the exception of the Classes assigned to the lowest Tier, are marked with asterisks, from 6 to 0.5 asterisk (white asterisk). They are called “the Chamber” The 9th and the 10th class constitute of “the Antechamber” Range.

The 11th Elementary Class has separate table (Yard Table). It is divided into subclasses (degrees): National, Union, Regional and Local.

The Local subclass for leagues covers all leagues not classified in larger levels, where they are cumulatively listed in the one position.

More details you can find in the-KA LOGS menu tab

Rate your League - Give your Vote ✔︎